What is Alzheimer’s disease?

Alzheimer's disease is actually a form of dementia that accounts for sixty to eighty percent of cases of dementia. Alzheimer's can be very frightening because it's symptoms tend to grow and appear very gradually. Alzheimer's affects people's ability to develop new memories and recall old ones. It can also cause someone to have a difficulty thinking or odd behavior. These symptoms will continue to grow until everyday tasks become difficult. A common misconception about Alzheimer's disease is that it is actually a natural part of aging. While the chance of Alzheimer's does increase as people get older, old age is not what causes Alzheimer's

Researchers actually don't completely understand what really causes Alzheimer's. The most likely cause for Alzheimer's is either genetic mutation or a group of different changes that occur in someone's brain over a lifetime. These changes are usually very gradual and can go unnoticed until much later in life. Progress is being made, though. For instance, scientists are beginning to believe that certain regions of the human genome are responsible for an increased risk in people's chance of getting Alzheimer's.

What are some of the symptoms of Alzheimer’s?

Alzheimer's most commonly begins in people's mid-60s. Usually, the first sign of Alzheimer's is when someone begins to have trouble remembering new information. Due to the fact that the disease affects the learning area of the brain, it makes tasks like these difficult. The longer someone experiences the disease, the more severe the symptoms become. Someone may notice other symptoms along with trouble remembering, such as: being disoriented, having changes in one's mood or personality, being confused about where you are, when events took place. Sleep can also be affected, which is also something scientists do not completely understand yet. Another odd symptom that comes because of Alzheimer's is that sometimes the person will lose trust in their family member or caregiver. Eventually, the disease will become so severe that the person can have trouble with things like talking, eating, and walking because their brain loses it's ability to comprehend these tasks.

Are there any treatment options for Alzheimer’s?

While Alzheimer's cannot currently be cured, there are some treatment options. Diseases like Alzheimer's can be difficult to treat because every person has a different severity of the disease. One of the most widely used types of treatment is a medication that helps negate memory loss. There are also ways to treat Alzheimer's without using any medication that involves behavioral exercises, and keeping to a strict schedule. This schedule involves the person's physical activities, eating, sleeping, etc. A strict schedule is important because it allows the person to find and keep a pattern to maintain a healthy lifestyle.

How can I make accommodations for someone with Alzheimer's?

Be patient. It might be frustrating or even heartbreaking to have someone forget where they are, or what your name is, but remember that it is not their fault. Be patient and you will make progress.

All FAQs by Section

Long term care can get expensive. But you do have multiple payment options.

Before choosing a facility, it's important to take the right steps.

Using a memory care center helps ensure your loved one receives the proper care from a staff of trained professionals. 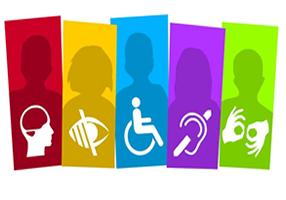 Vision Loss and the Elderly

Lack of mobility is a common disability for seniors 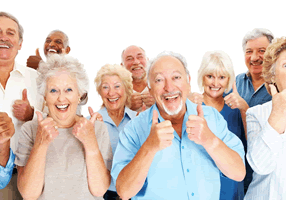 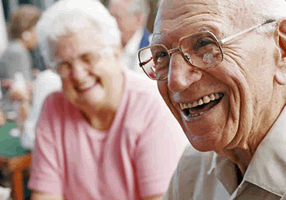 When is the right time to consider assisted living?

Am I responsible for taking care of my aging parents?